How Did Maryland Crab Cakes Become the Best? 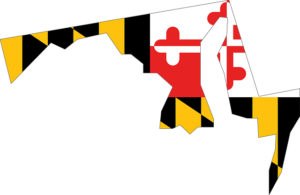 While crab cakes show up on menus around the country and the world, there are few places where they are as much a part of the culture as in Maryland.

Is there any food more quintessentially Maryland than a crab cake? While crab cakes show up on menus around the country and the world, there are few places where they are as much a part of the culture as in Maryland. The story of how this became the local specialty dates back to the 19th century and earlier.

Long before the white settlers ever arrived on the eastern shores of the continent, indigenous peoples across the coast were enjoying the meat of crabs as a protein-rich meal in a variety of forms. When colonists arrived, these pinchy crustaceans were not of immediate interest. Not only did they pose a threat to fingers, but they were often difficult to catch and were considered too difficult to eat for the calories they provided. However, as new fishing methods were developed and more downtime was available, the appeal of crabs and blue crabs began to catch on.

Crabs of all varieties exist across the coasts, but in the Chesapeake Bay, blue crabs are the most prevalent. The area began to be known for this regional shellfish, and as they became more popular new recipes were developed. The first documented Crab Cake was found in a 1930’s cookbook from the New York World’s Fair, an event that celebrated regional specialties and inventions from around the globe. While this is the first instance of a published and documented recipe, it’s likely that the idea of Crab Cakes existed long before.

When it comes to a modern crab cake, it may not be the same depending on the state you’re in. Many Marylanders swear by specific recipes and label all others as heresy. The basis of the recipe is always the same though, fresh lump blue crab meat, and a generous sprinkle of Old Bay, another Maryland original.

Categories: Restaurant | Tags: crab cakes and restaurant
This entry was posted on Friday, March 22nd, 2019 at 4:35 pm. Both comments and pings are currently closed.